Startseite > Iran - Love in the Time of Sharia

Iran - Love in the Time of Sharia

She is standing at the tomb of poet Hafez in Shiraz. She is tracing the ornate contours of the verses on the sepulchral stone with a finger. The verses are about love - what else. Her love, to be precise, and that is the reason for her being here. She hopes for appreciation from her parents, her uncles and aunts, siblings and grandparents. She is in love with a man yet unknown to her family. And she is afraid of the reaction from her mother, when she gets notice of this. 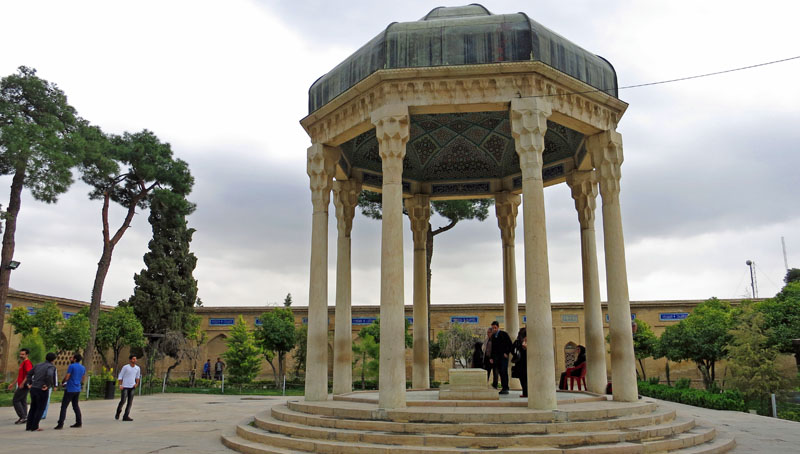 The marriage of her parents was traditionally arranged, after long negotiations between their grandparents. Her fathers family promised her mother hundreds of goldcoins, as is islamic custom, the so-called "Mahr". The gold is an assurance for the future. Before their marriage, there was only one short moment of getting to know each other. Henceforth did the flames of their love ignite. "Like a saucepan, that slowly starts to boil", her mother used to say, "not like a burning log of wood, that gradually dies down". That was supposed to be the benefit from an arranged marriage. But can her parents accept that she wants go her on way, like so many of her friends now do? Can they accept her love to a man that she got to know at her university a few years back? Can they accept her rejection of tradition?

The times are changing in Iran. First the sleaziness and western candor imposed by Shah Mohammad Reza Pahlavi, then, after the Iranian Revolution, the repressions under the strict banner of Islam: no more alcohol, compulsory headscarf for women. After the recent election of Hassan Rohani a step towards freedom and self-determination. A constant tug-of-war of rules. How far can a young woman go? 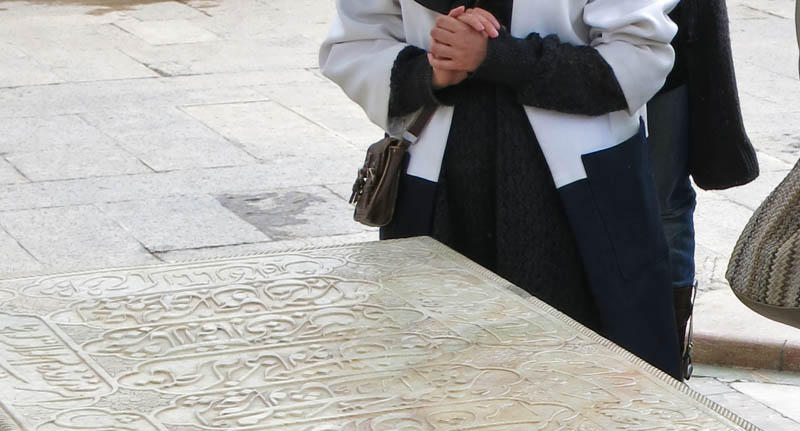 Her black headscarf repeatedly slips back, revealing some of her long dark hair with blonde strands. They are tamed in the back with a big brown hair clip. Just before the headscarf exposes all her hair, she skillfully pulls it back on. The fact alone that she can handle her headscarf with such pretended sloppiness is a small revolution for women in the islamic republic. A few years back she was forced to wear a chador - a long black garment which only left her face uncovered - or at least a long overcoat with a headscarf. Now her hair can breathe a little, the vice squad "Gasht-e Ershad" is recently encouraged to be less rigorous. They will not rebuke her immediately. Tentative holding of hands in public space will not lead to instant punishment anymore. It still is frowned upon, though.

Restraint is also applicable at the tomb of the great poet Hafez. His death lies 800 years in the past, he is regarded a patron of lovers. Countless couples and soon-to-be couples make a pilgrimage to his mausoleum. He is a bringer of good luck, envoy of a wonderful mutual relationship. But as is seen in Western Cultures the divorce rate is on the rise in Iran. Many men can't afford the promised "Mahr". Non-married relationships gain acceptance. And officially banned operations for restoring female virginity (and therefore honor) are on the agenda.

How can Hafez give solace to a woman unhappy in love? She seeks comfort in the romantic verses of the poet which she knows by heart from her school days. She is carrying a small book with Hafez' poems with her, bound in black leather, well-thumbed on the edges. The verse she randomly opens is meant to be an oracle for her, a glimpse towards the future. She is kneeling down by the grave, closes her kohl-outlined eyes, kisses the cold stone, and flips through the pages. Her red fingernail stops at one page. She opens her eyes, glimpses at the paper, then reads:

Ah, love, for kisses long withheld I die;
Your absent lips have slain me with a sigh.
A ruthless pen writes "Finis" to my tale.
Return! For, while I wait, again I die.

Read this article in German: https://www.wbuerkle.de/news/iran-liebe-in-zeiten-der-scharia-/