Startseite > The World and Me: Why Selfies are Part of Travelling

The World and Me: Why Selfies are Part of Travelling

This is me. And here again. And here, yes, that is me, too. Here in front of the Taj Mahal, there in Machu Picchu, another one in Petra, there at the end of the world. It is just me in front of another tourist attraction. Always in a similar pose: one with crossed arms, sometimes my hands in my pockets, less often with a victory sign. At times with a hat or sunglasses, on some pictures with sandals or sneakers. But always with a big grin on my face. Such a narcissistic rooster.

Those are not real selfies, made from my own hand. I don't do duck faces, no bedroom-eyes, no blurred lights, rarely a forearm reaching into the picture.

Obviously, someone went along and took the photo, or I just used the self-timer. From a social-psychological view those pictures imply: This is how we want to be seen by others; this is how I define my role. I pursue "Impression Management". I want people to think, that I am the guy, who is always on vacation. Of course, it could be worse. But you should not forget: The wide grin and the posing may reveal a certain form of ironic self-distancing. So obviously I like standing here, getting photographed. And everybody should notice it. But not in the excessive selfishness found in Kim Kardashian's "work".
But in the moment of taking the picture I do not worry about a potential viewer, or a certain audience. First of all, I want to preserve the moment with this self-portrait. The short time in front of the tourist attraction, standing next to an extraordinary scenery, maybe just once in my life. For me this means memories - and as a sideline a little bit of statistics: Another country, another city checked off. But the main point: Me and the awesome scenery at my back. When I am back home, I take a look at the photo, I remember the moment, the surroundings, and I think: Terrific, I was there. Maybe a few years down the road I take the picture out again - and the memories come back.

Although I do grin on the photos, the moments were not always happy. Sometimes I was a little annoyed, because I had to drive other people out of the shot. Or the photographer had problems with my camera. Sometimes it was extremely hot or cold. Maybe I was thirsty or had a little flu. Or I was totally tired, because we partied the night before, and had to get up rather early. Nonetheless, the picture of the moment should be taken in the greatest perfection possible. Yes, there is an element of staging. But the effort is no greater than speaking a few words or positioning the camera.

Some travellers put no value to this self-presentation. When they take pictures, they capture the attractions or the food, the hotel rooms, flowers or animals. They do not want to eternalize themselves on their photos. "I see myself in the mirror every day", they say. Or: "I am not very photogenic." They cocky photographer says: "I want the subject to stand for itself." No further arguments are of use here. Because I usually take a whole lot of pictures without me in them, anyways. Memory cards today are big enough for everybody to pose in front of the lens...


The fascinating thing about those images of me is, when you look at them cut together in the video. 200 photographs in 75 seconds. 18 years and many journeys compressed into a short time-span. I see myself aging rapidly, my face gets broader and (sometimes more, sometimes less) bearded. Glasses, clothes and the haircut change. And in the back of me the whole world passes by, like in a time-travelling machine. For every photo I could tell you an anecdote. But here the fraction of a second has to suffice, to put me in the foreground, making the attractions of the world a mere accessory. My ego is here the centre of the universe - and everything permanent in the world becomes a transient moment. 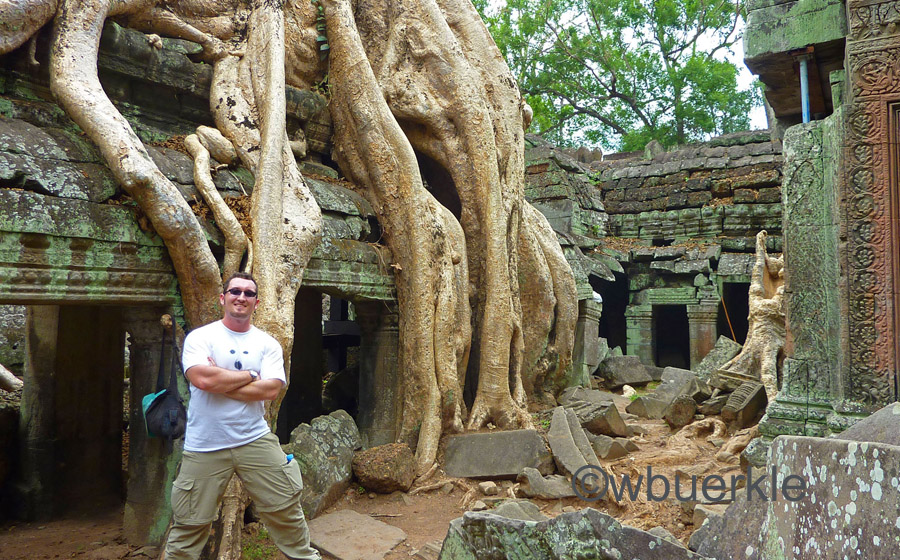